ENHAGA is a 30-month pioneering project that developed and implemented innovative practices to eliminate cyber-harassment for female gamers through the development of an online game with associated tools to empower young girls on how to react to cases of cyber sexual harassment and further report incidents and eventually muting those who are often reported from online chat. The project also promoted awareness-raising activities about the need to ensure harassment-free gaming environments for all.

Aims of the project:

The path undertaken, the products developed and the results achieved will be presented during the Final Conference on 17 June 2022 in Rome. 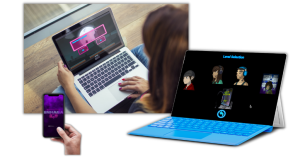