The closing event and presentation of the results of the project “Green Routes in Neighbouring Municipalities”, organized by KEAN, on Thursday, October 18, 2018, at 09:30 am, was successfully completed in the event hall of the Ionian Center in Plaka.

The closing day of the project and the presentation of the results was the latest information and consultation action after a series of informative meetings and workshops with stakeholders from the Neighbouring Municipalities, Agioi Anargyroi – Kamatero and Fylis and open consultations with the residents.

The attendants welcomed Mr. Stavros Milionis, Chairman of KEAN’s Board of Directors, who played the role of the beneficiary and coordinator of the project and conveyed the greetings of the Deputy Mayor of the Municipality of Agioi Anargyroi – Kamatero, Mrs Maria Papanagiotaki, who was absent due to commitments.

KEAN President, Stavros Milionis, gave the initial speech,  presented the project “Green Routes in Neighbouring Municipalities” and its objectives, and underlined the benefits and the significant impact of the project on the environmental upgrading of the urban landscape.

The coordinator of the project and Assoc. Professor of Landscape Architecture of the Department of Architecture, Structured Environment and Engineering of the Polytechnic University of Milan, Julia Tzortzis presented the methodology used to identify and record green areas between neighboring municipalities and how they planned to unify them.

Morever, the Landscape Architect, Danae Ioannou, who participated in the project’s scientific study group, presented and analyzed the content of the master plan, that illustrates the integration of the green areas of the areas that were studied, and the development of the Green Network, which was made possible through the project.

Mr. Dimitrios Banousis, also a member of the scientific study team of the project, Planning and Regional Development Engineer and Expert Adviser of PESYDAP, spoke about the role of Local Government in the development and management of urban and suburban green spaces.

In her presentation, Ms Matina Kanaki, Techn. Agriculture, MSc in Environmental and Ecological Engineering, KEAN BoD Secretary and member of the project’s scientific study group, focused on the role and benefits of outdoor green innovations in environmental awareness and education.

The event closed with open discussion and questions from the attendees to the speakers during which interesting views and suggestions were exchanged and those who attended had the opportunity to observe, edit and “navigate” through the green paths mapped on the maps.

The project “Green Routes in Neighbouring Municipalities” is part of the “Natural Environment & Innovative Actions” Program, in the axis “Natural Environment Management Actions”, in the “Innovative Actions with Citizens” Measure and in the Sub-Measure “A.3.6. Development and Implementation of Methods, Policies or Actions for the Environmental Upgrading of the Public Space, as well as the Free Environment of Important Building Facilities “, with a total budget of Euro 45.250,00, is funded by the Green Fund. Beneficiary of the project “Green Routes in neighbouring municipalities” is KEAN – Cell of Alternative Youth Activities. 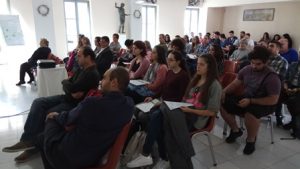 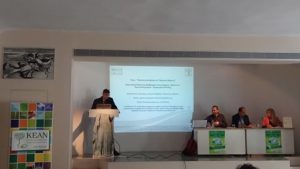 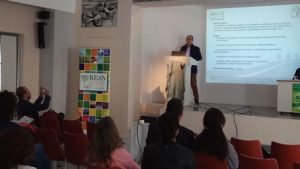 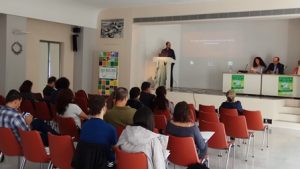 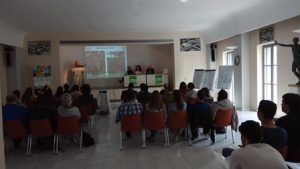 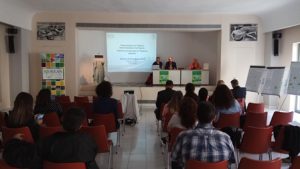 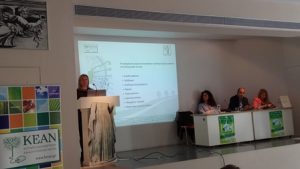 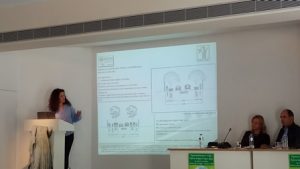